Back for good or Hello New Normal? 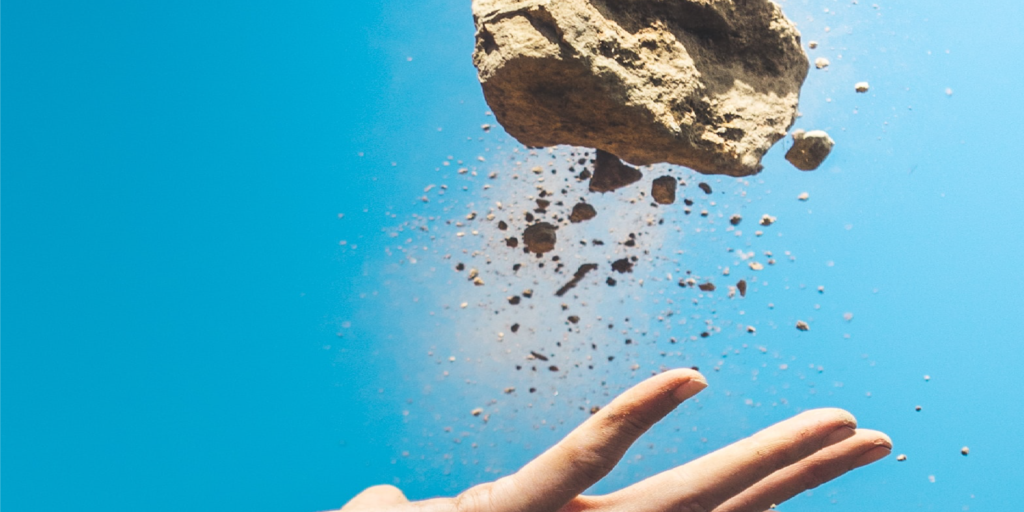 A STORY ABOUT DIGITAL LEADERSHIP, PRINCES AND PRINCESSES, AND ALEXANDER THE GREAT

We have all been affected by the lockdown during those past weeks. But in retrospective, the views of the situation vary.

Some people liked working from home and considered it as a chance to work with focus. Others used the time to educate themselves, profiting from an increase in free online education sources like webinars, videos, or podcasts. Another group developed new digital competencies through working intensively with different online conferencing and digital collaboration tools.

But there are also less positive notions of those past weeks. Long hours in front of the screen and in video conferences can be tiring and energy-consuming. Leaders criticized the lack of possibilities to lead by open outcries over the corridor floors. In addition, other people with leadership responsibility missed being in real-life contact with their colleagues and to meet them by chance while getting coffee or crossing the office corridors.

WITH THE END OF THE LOCKDOWN (AT LEAST IN GERMANY), NEW SHORES SEEM TO COME INTO SIGHT

Finally, some say, we can go back to the office. Parents can bring their kids to day-care. Schools are beginning to re-open pursuing 50% rules and companies are following their lead. With half of the students or colleagues back in the school and in this office, it almost feels like normal again. In fact, many companies are already beginning to go back to full office routines as they were before March 2020.

Human beings tend to search for black and white solutions and for precise prescriptions of a certain state. But shouldn’t we rather wonder whether there might even be a chance to go back to how it was before?

CAN WE JUST GO BACK TO HOW EVERYTHING WAY BEFORE MARCH 2020?

Varying studies conducted during the pandemic (https://www.next-normal.org/wp-content/uploads/2020/06/tnn_studie.pdf) show: Companies have to deal with urgent questions around how they deal with the digitalization. A great amount of companies have not yet come up with good answers to that. In contrast, they have fallen behind in developing cultures of innovation that pave the way for a new world of work. In turn, this lack inhibits great technological and innovative jumps regarding those companies’ business models and their digitalization. A vicious cycle evolves.

Going back to an Old Normal was out even before Corona. Corona just showed where the pain points were and how far many companies have actually fallen behind in digitalizing, in innovating, and in acting as an agile organization.

For years, large and mid-sized companies have been discussing questions around a sustainable digitalization, or a revision of their leadership models. They have looked at market trends, assessed their companies purpose for a bit, and well – done all that sounded cool at the time. But they did not follow through. Instead, a thorough realization of digital strategies was reduced to smaller projects, a couple of hip speedboats, or spin-offs, or a sluggish leaning back of leaders who prefered to maintain the status quo.

For years, large and mid-sized companies have been discussing questions around a sustainable digitalization, or a revision of their leadership models.

That does not come as a big surprise when we look at “digitalization” as such. While many have talked about it, only few – and especially few leaders – have a real answer to what digitalization actually means for them individually and for their company. Some leaders consider digitalization as a technical renewal, others as a chance for new business models. A third notion of digitalization considers it as an opportunity for new ways of working together.

Taken together, it is all of that and it requires action in all of those aspects. In other words: Digitalizing a company takes time.

It necessitates the revision of internal infrastructures and established processes. Additionally, it also requires the detection of strong boundaries and of silos within the company, which have been acting as independent units for a long time. The challenge is to get the owners of those silos on board. They are needed to co-design the journey of digitalization together with many other nobles in their companies.

The challenge that comes with digitalization however is that it requires a deep transformation in leadership styles.

Companies have been going through change processes for years. One would think these systems are perfect at change by now. The challenge that comes with digitalization however is that it requires a deep transformation in leadership styles. Sustainable digitalization relies on leaders who are ready to embrace it. And it needs all of the leaders in the company to be on board, that is, the young, hip, and trendy leaders as well as those leaders who have been there for decades. It will only work, if leadership works together and towards a shared goal.

In this, leaders needs to agree at eye level what leadership in a digital world means to them. It is not enough to call in some consultants and to click through a couple of nice presentations. It is also not enough to start minor initiatives around how to dial into a web conference or sharing the pride of finally having managed a couple of weeks working from home. And above all, and I am sorry to say that, your company’s digitalization will fail if you continue to call in your long-term consultant buddies who are as lost when it comes to digitalizing their own companies as you are when it comes to digitalizing yours

WHAT DOES DIGITAL LEADERSHIP STAND FOR?

Chances arise when leadership allows itself to experience and to reflect deep processes of digital changes while having some fun as they are doing so. While digitalization is a serious matter, learning and growing can be fun and it eases the communication about possible failures across hierarchies and business units.

Sharing the learnings also contributes to creating new knowledge and expertise and to integrate it in daily working routines. Letting go of processes, structures, and established modes of work may hurt. But it can also be fun to brainstorm together as a team, across units, and with leaders with varying backgrounds. This is how new products and services evolve, and how joint action develops.

Chances arise when leadership allows itself to experience and reflect deep processes of digital changes while having some fun as they are doing so.

Learning new things also activates the brain. Hence, an exchange at eye level with younger colleagues or co-workers with expertise differing from yours, can lead to detecting open doors that one would not have seen while sitting in their own silos.

In this, brainstorming can happen in the office, or digitally, or even in hybrid forms where people ping ideas back and forth on different platforms. Those kinds of new dialogues help to train important competencies for the future like empathy, openness, and readiness to change while all participants strengthen their technological competencies.

AGILITY AND FLEXIBILITY – OR STRETCHING THE COMFORT ZONES

As kids we all realized at some point that by stretching we might reach the  sweets hidden in the uppermost kitchen shelf. In other words, by stretching, we realize how much there is to discover beyond our individual comfort zones. The challenge is to think about digitalization at all, when you are a leader and/or an employee whose to do list is already used up to a 120% capacity. That usually means that you have to digitize and innovate on top of everything else you need to get done in your day job. In this, neuroscience enthuses by stating that a brain which is stressed and under pressure can hardly think any new or creative thoughts. The stretching as such becomes a challenge.

The challenge is to think about digitalization at all, when you are a leader and/or an employee whose to do list is already used up to a 120% capacity.

At the same time, Covid-19 has clearly pinpointed to the many open tasks that are still to be done in order to ensure a thorough digitalization. It has especially called leadership to action in order to pave the way for agile working and for allowing everyone in the company to discover their own stretch zone for the sake of their company’s future. This future will be shaped by a readiness to adopt new methods, new modes of collaboration and new ways of thinking leadership.

Purpose, values, and mindfulness become essential. On a personal level, purpose strengthens focus and helps to not get lost in 1.000 different tasks. It also supports organizations to pursue shared goals with which their stake- and shareholders can connect. This goes far beyond the branding aspect for which purpose has often been misused by organizations in the past.

Values give orientation for action and an underlining for acting together as a team. If integrated and embraced fully by the organization and its people, values might also help to attract young and digital talent, which is no longer just seeking the past paying job, but organizations that strive to their culture and community.

On a personal level, purpose strengthens focus and helps to not get lost in 1.000 different tasks.

Regarding mindfulness, it is essential to clarify what we understand as mindfulness first. While the calls for mindfulness in business have been increasing, the understanding of mindfulness itself varies. Mindfulness is defined as present moment awareness without judgement. Neuroscience has confirmed that mindfulness practice like meditation or mindful movement has positive effects on focus and productivity, empathy and compassion, creativity and the readiness to change. In essence, mindfulness can be considered as a meta-skill to deal with various challenges such as dealing with stress and pressure, leading as a coach and at eye level, or collaborating in an agile team. In sum, mindfulness is a meta-skill that underlines the development of important future competencies such as empathy, openness, or self-leadership.

In essence, mindfulness can be considered as a meta-skill to deal with various challenges such as dealing with stress and pressure, leading as a coach and at eye level, or collaborating in an agile team.

We have come to understand that the Corona pandemic has brought to light many of the challenges regarding the digitalization of companies that have been dwelling underneath the surface for quite some time. Maybe we can agree that many aspects of how people work together and how leadership can support an on-going digital change within their companies can lead the way to a New Normal. However, many seem to expect this New Normal to be a fixed state of something which can be easily compared to an Old Normal as it was before

However, as the wise sages from the Orient once told Alexander the Great as he asked: “What is the greatest beast a man can fight?” They replied: “It is uncertainty.”

Over the past months, companies, societies, and people have come to see that things are evolving. Yet, the hope to achieve a new fixed state of New Normal will probably be disappointed. Human beings strive for certainty and predictability. There is nothing wrong about that. However, as Alexander the Great once asked  the wise sages from the Orient: “What is the greatest beast a man can fight?” They replied: “It is uncertainty.”

In a nutshell: If we expect the New Normal to be fixed, certain, and solid, then we will be disappointed. This kind of New Normal will not come. If, however, people take a lead in realizing the chances the current transition provides, they might discover entirely new chances to re-think leadership, to develop connected businesses, and to foster impactful innovations for future generations.

At the end of the day, only one questions remains to be asked: How do you want to use the chances to co-create a New Normal?

Find out more or schedule a free call with us. We are happy to talk to you.